When psoriasis is moderate to severe, a injection may be necessary to heal plaques when topical treatments are not effective. Psoriasis injections usually contain biologics, which are medications synthetically created from animal and/or human proteins. Although biologics are free of chemicals, they alleviate psoriasis by affecting the immune system with certain inhibitory substances.

An example of a common biologic is insulin, which compensates diabetics who cannot produce sufficient amounts of this substance. Psoriasis patients use a popular biologic, Humira, which reduces the intensity of chemical signals initiated by the immune system that directly causes the inflammation in psoriasis plaques. 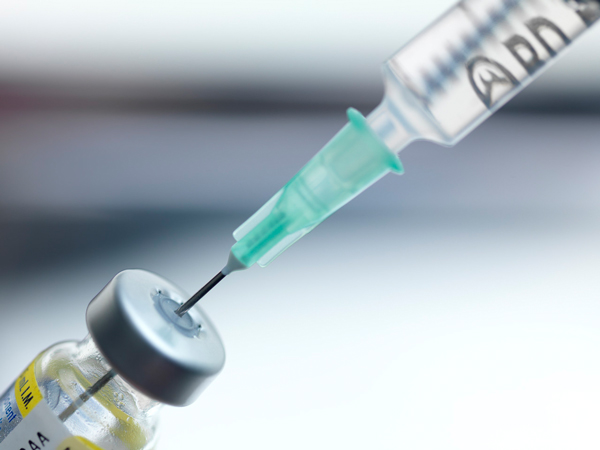 Different psoriasis medications require different injection techniques in order for the biologic to be effective. Some of them are subcutaneously injected, or introduced into the fatty tissue lying just below the skin.

Other biologics, such as Alefacept, require an intramuscular injection. Still, other strong psoriasis medicines like Infliximab necessitate the patient be admitted to a hospital to receive intravenous injections of the drug.

Some patients are prescribed medications that contain vials of powder that are mixed with specific fluids or pre-filled syringes for home self-injections. A doctor or nurse will instruct patients who are able to give themselves injections at home regarding correct technique as well as proper sterilizing procedures.

Depending on the type of psoriasis shot required, patients might experience itching, swelling and minimal pain at the injection site.

In addition to Humira, other biologic psoriasis medications include Amevive, Remicade, Enbrel, Simponi and Stelara. All are TNF antagonists, or tumor necrosis factor antagonists that inhibit an excessive response by the immune system to what it perceives to be foreign matter in the body.

Due to this misidentification, the system instructs the body to start producing lymphocytes or T-cells in order to combat this infection. However, since no infection exists, T-cells remain unused and eventually die, accumulating rapidly until psoriasis lesions emerge at various places on the body. The masses of dead skin cells gives plaques their thick, scaly, silvery appearance.

Common side effects of a psoriasis shot include site discomfort as well as:

Side effects can occur within several hours of an injection but the majority of patients do not suffer more than one or two of these problems. Research has not discovered what the consequences are, if any, of long-term biologic use.

However, with many psoriasis patients suffering chronic outbreaks throughout their lives, scientists will undoubtedly continue examining the effects of taking biologics in patients who need constant treatment.

Psoriasis patients suffering from a disorder requiring cortisone injections often notice this also relieves psoriasis symptoms as well as reduces the number of lesions. This is due to cortisone's ability to moderate overexcited immune system activity and inhibit inflammatory responses affecting various parts of the body, including joints and organs.

Many over the counter psoriasis creams contain cortisone but in extremely small amounts that help only mild to moderate psoriasis plaques.

Meant for short-term use only, cortisone shots have the potentially for causing potentially serious side effects involving nerve damage, spikes in blood glucose levels, premature osteoporosis and ruptured tendons. In addition, patients may develop a cycle of dependency on cortisone, with psoriasis returning immediately upon cessation of the drug.

For people suffering from severe psoriasis, receiving a psoriasis shot containing a biologic medication can provide quick relief from the intense itching, swelling and pain of psoriasis plaques. If you think you qualify for this kind of treatment, ask your dermatologist about the possibility of starting a biologic-based treatment program to treat your psoriasis.