It is not surprising that vitamin D psoriasis have a direct correlation, as the skin is responsible for creating this nutrient. The importance of vitamin D, in the body, particularly to the skin, makes it a logical candidate for use in psoriasis treatment. As a necessity, and having multi-medicinal properties, this crucial prohormone, also known as calciferol, is available in the form of a capsule, cream, oil and synthetic or natural sunlight.

Vitamin D is not really a vitamin but a primitive prohormone that performs the same functions now as it did hundreds of millions of years ago. The simple fact that vitamin D is a building block for other

hormones and attaches to almost 3,000 different sites throughout the body, all of which are near the genes for every disease, suggests a great deal about its importance and role in the body. Needed for health, growth and development, vitamin D also functions as a treatment for ailments as serious as cancer to those as mild as PMS, with psoriasis somewhere in the middle. 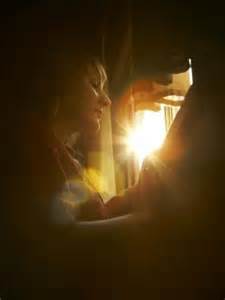 The skin has the natural ability to create calciferol, provided it receives at least ten minutes of sun every day. Once the skin has the components it needs from the sunlight, it begins the complex process of making vitamin D and sending it out into the body. Psoriasis, which is a skin condition causing dead cells to rapidly accumulate on the surface, interferes with the body’s external ability to absorb the sunshine vitamin and, in turn, affects production.

Recent studies actually proved that people with psoriasis, particularly those living in northern regions or with arthritic psoriasis, have a vitamin D deficiency. Scientists and researchers have yet to determine whether the deficiency is a result of the psoriasis or if the psoriasis occurs because of the lack of calciferol.

Aside from spending a few minutes out in the sun, you have several other options for taking vitamin D psoriasis, some better than others, each with their own benefits and risks. A good, safe place to start is with an over-the-counter brand of vitamin D3 supplement, not D2, of around 600 IU’s a day.

A less modern doctor might tell you to use D2 or even give you a prescription for it, but you should adamantly request D3 because this is the vitamin version your body naturally makes with the sun’s rays. Additionally, some recent evidence suggests that the synthetic D2 causes health problems, such as toxicity and too much calcium production.

Another option is vitamin D creams or ointments, which should work well since you have to apply them directly to the skin. The intent of this type of vitamin D psoriasis treatment is to reduce the rate of skin cell development without the use of steroids, thereby reducing any risk associated with that form of disease management.

However, vitamin D creams do come with their own side effects, as some can irritate the affected area while others might not work when combined with other surface medicines.

In addition to natural sunlight, you also have the choice of synthetic sunlight, a treatment that involves exposure to UVB rays. Researchers, doctors and scientists all dispute the safety and benefits of this process and cannot say with certainty that the pros outweigh the cons. Sunlight, real or synthetic, has the ability to cause cancer; some people are prone to it and others simply are not susceptible. This is a very personal choice but whatever you decide, talk to your health care professional.

Ideally, if you want to go with an all-natural treatment, spend ten minutes in the sun, sans sun block, with the exposed area revealed, eat vitamin D rich foods, use the creams and take a D3 supplement. If you take precautions, do research via reliable sources and are continuous with your vitamin D psoriasis treatments, then you should have some success in clearing up or alleviating your medical condition.