For Leann Rimes Psoriasis Began in Childhood with Psoriatic Flare-ups 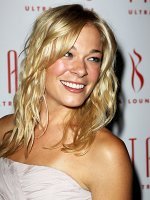 For country singer Leann Rimes psoriasis began affecting her life at the age of two. In a recent interview, Rimes says she remembers feeling embarrassed as a child by the scaly, red lesions covering her body and legs and wearing long pants during the hottest days of summer. While her friends were swimming in two-piece bathing suits, she was sweltering in clothes meant for cold weather. "It severely takes a toll on your self-esteem,” she told reporters, "especially as a young girl.”

Rimes endured a period in which she had to switch medicines every two years because a certain cream or pill would work for a little while, then suddenly cease affecting the lesions. However, when she became a world-famous singer, Leann Rimes psoriasis did not prevent her from working. Instead, she just took bigger doses of medications a few days before performing in order to eliminate as many psoriasis plaques as possible.

Performing During a Psoriasis Outbreak

Sometimes, when she had to perform but still had lesions all over her body, the psoriasis patches would itch, crack and bleed while she moved on stage. Rimes told interviewers she was “miserable” and “would get sicker and more fatigued” when she took medication, which made her think the treatment programs affected her more physically than a psoriasis outbreak.

Being in the Public Eye

In addition, Leann Rimes psoriasis, (more informations on how Jon Lovitz handle his disease.) outbreaks created a profound loss of confidence and self-esteem. She felt ashamed and lost confidence in her appearance. People often stared when Rimes was in public, not only because she was famous, but also because her psoriasis was so severe. “I wanted to tell those people to stop staring! Treat people with psoriasis just like you would anyone else!” said Leann.

The psoriasis flare-ups often occurred from the stress of being a famous singer. Constantly on the road, vulnerable to sleep deprivation and having no time to herself, Rimes says she had to learn to say “No!” in order to reduce the chronic stress and anxiety comprising a large part of her life.

As a result, her health, she states, benefited in a strongly positive way.“My parents were great about helping me take care of my psoriasis,” Leann says, “but eventually you become an adult and you have to be responsible for yourself. I never gave up hope, and there are so many new drugs coming out these days, things have really changed for the better.”

Leann has an excellent relationship with her dermatologist, who suggested she make lifestyle and diet changes in addition to taking medication for her psoriasis. Since stress relief plays a vital role in controlling psoriasis, Rimes reduces the stress in her busy life by making time for herself and exercising her stress away. She utilizes yoga and deep breathing techniques as well as avoiding fried and sugary foods.

As a spokesperson for the Stop Hiding from Psoriasis campaign, Rimes wants people to know that psoriasis is an immune disorder that is not contagious and cannot be caught by touching someone with psoriasis. According to the campaign's website, nearly 50 percent of Americans admit they feel uncomfortable and awkward around people suffering psoriasis lesions, especially in restaurants or close gatherings.

As a result of the courage of Leann Rimes psoriasis awareness is growing. The percentage of people who say they are now more knowledgeable about psoriasis is increasing. Additionally, the mental health issues associated with psoriasis such as severe depression and loss of self-esteem are garnering more attention. The formations of online forums and help groups focusing on coping with psoriasis are quickly emerging in response to Rimes and other celebrities who are admitting to being psoriasis sufferers.

For Leann Rimes psoriasis has emboldened her desire to educate others as well as motivated her to understand the emotional problems arising from having the disease. She has also said the best part of learning to deal with psoriasis is the bond she now has with fans that also suffer from psoriasis.