New psoriasis medication has come to the forefront lately due to the medical community better understanding that psoriasis is an immune system disease. These new medicines are “biologic” agents, bringing with them a new era in psoriasis treatment .

First “biologic agents” is a term used for substance found in living organisms. Produced in a lab, these proteins or antibodies are delivered via direct injection into the blood or dermis. Upon delivery, these biologic agents block that part of the immune system that causes psoriasis…or at least contributes to it.

Why This New Psoriasis Medication?

It is the dysfunctional interaction between one’s white blood cells and skin cells that causes the plaques and patches. When the biologic agents interfere with the T-cells and the interleukins, they basically short circuit the connection between the two types of cells, thus reducing the inflammation and the overgrowth of skin which causes it to be thick and scaly.

So far the FDA has approved several biologic agents for the treatment of moderate to severe psoriasis. These include:

In clinical trials these biologic agents reduced psoriasis activity, in many people, by at least 75%. Of course, there are always drawbacks. Aside from the monthly cost, which can run in the thousands of dollars, close monitoring is also required due to increased risk of cancer, infection, and other complications. 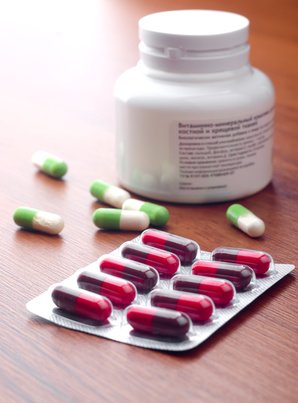 Risks Associated with Humira and Other TNF Blockers

TNF-alpha blocker medicine also lowers your body’s ability to fight off infections. For this reason you should not take these types of biologic agents if you have any type of infection. This includes a virus, a fungal or bacterial infection. Your doctor should also have you tested for tuberculosis before prescribing this drug, and while you are taking it.

Serious infections have occurred in patients taking Humira, and some have even died as these simple viral, bacterial or fungal infections have spread throughout the body.

Cancer is another risk for children and adults taking TNF blockers as your chances of getting lymphoma or other cancers definitely increases. Some of these cancers have been quite rare, especially those in children, teenagers, and young adults. Some of the cancers seen include heptatosplenic T-cell lymphoma, as well as basal cell and squamous cell skin cancers.

Otezla, aka “apremilast”, is a new “small-molecule” treatment that has been developed to treat psoriatic arthritis by mouth. These new treatments, unlike earlier oral DMARDs, are able to selectively target molecules inside immune cells. It is then able to interfere with the overactive immune response that is responsible for the inflammation of psoriatic arthritis. This ability to stop the inflammation results in a reduction of joint tenderness and swelling.

Otezla is delivered in a 30mg tablet, and in the first five days the dosage is gradually increased until the optimal dosage of 30mg two times per day is reached. To maintain continued improvement, Otezla should be taken on an ongoing basis.

Before taking a new psoriasis medication make sure your doctor takes a full medical history, and that you weigh the risks against the benefits.