The subject of psoriasis food or foods that can benefit or prove to be triggers to those suffering from psoriasis can be and is a matter of controversy. While the traditional medical community as a whole pretty much poo-poos the idea of diet affecting psoriasis, empirical evidence…or patient experience often says otherwise.

So let’s look at some of the foods that have proven to be triggers for some people.

Gluten is a protein found in rye, barley, but primarily in wheat.

Since psoriasis is an anti-inflammatory disease, it should be no surprise that gluten can be a problem. More and more psoriasis sufferers are finding that eliminating gluten can lead to marked improvement in their symptoms.

Others believe that yeast itself can also be a contributor, and work to eliminate yeast from their diet as well.

Dairy products like milk, cheese, butter, cream, cottage cheese, and ice cream have all be found to trigger an inflammatory response in those with other types of anti-inflammatory diseases. Some attribute the problem to high-fat content and recommend using only low-fat dairy products. Others find that any type of dairy, whether full fat or low-fat, can still cause problems.

Another type of  food to avoid includes nightshade foods, such as tomatoes, eggplant, white potatoes, peppers, and chilies, all known to trigger inflammatory responses, primarily due to the chemical compound “solanine”. Consuming even the occasional fresh tomato on a salad has been known to immediately exacerbate psoriasis, as well as other skin conditions such as eczema. Within a few hours after consuming white potatoes, green pepper or a jalapeno, one may experience a psoriasis flare.

Refined sugar, as well as syrup, honey, molasses, and other sweeteners have been known to trigger psoriatic outbreaks. 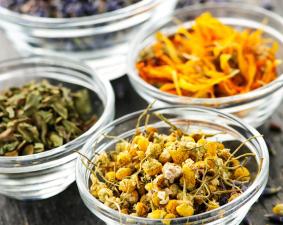 Eliminating those fruits which tend to be a bit higher in acid, such as all citrus, as well as strawberries can help eliminate psoriasis flares .

While the medical community tends to recommend limiting red meat, as part of a psoriasis diet, advocates of an elimination diet, especially one that is more paleo, don’t adhere to the avoid-red-meat-at-all-costs-bad-bad-bad line of thinking. While they might limit processed meats due to the chemicals, they simply suggest consuming grass-fed beef and pork.

These positive psoriasis foods include: fish and seafood; veggies like squash, carrots, sweet potatoes, broccoli, spinach and kale; avocados and nuts (although if following an elimination diet, tree nuts are part of the initial elimination phase); and blueberries and plantain.

For more information on psoriasis foods and the anti-inflammatory diet, you might want to investigate the AIP Elimination Diet.