Psoriasis plaques represent the first indication that someone is experiencing a psoriasis outbreak, characterized by bright red, inflamed lesions overlaid with silvery-white scales, which are dead skin cells. These plaques are commonly found on the knees, elbows, lower back and scalp but can appear anywhere on the body.

These lesions cause symptoms of unrelenting itching, burning, swelling and soreness, sometimes so severe that they debilitate the psoriasis patient, restricting movement and making it almost unbearable to wear everyday clothes.

In addition, the physical pain of psoriasis compounded by the emotional pain frequently forces people to become housebound due to embarrassment and self-consciousness of the unsightly plaques. 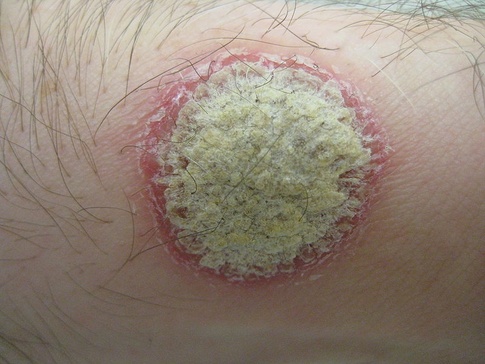 The silver scales covering red lesions have various additional characteristics such as:

The plaque kind of psoriasis affects approximately 80 percent of psoriasis suffers while the other 20 percent may experience these types:

Doctors consider the following factors when assessing someone with possible psoriasis:

Depending on the severity and type of psoriasis plaques, treatment usually consists of topical steroids, prescription medications, phototherapy or a combination of these remedies. Although psoriasis is not curable, one or more treatments usually can manage and control the symptoms.

Psoriasis plaques and other symptoms of psoriasis