Psoriasis is a difficult disease to deal with, more so because it causes visible patches, scales, and redness of the skin. It is a disease that has substantial histopathological and clinical diversity. There are many different forms of psoriasis that affect different parts of the body. Their severity ranges from mild to severe.

A rare form of psoriasis is elephantine psoriasis. Here is everything you need to know about it.

What Is Elephantine Psoriasis?

Psoriasis is morphologically classified into guttate, erythrodermic, pustular, and plaque forms. Plaque is a chronic form of psoriasis that is further divided into different types. There are also some rare types of plaque psoriasis and elephantine psoriasis is one of these.

Elephantine psoriasis is a part of the hyperkeratotic form of psoriasis. It is very rare and is characterized by the presence of thick, flat, large, and long-standing plaques. These patches are commonly found in the buttocks, upper limbs, and the dorsal area of the body. Lower limbs may also be affected sometimes.

The exact causes of elephantine psoriasis are unknown. However, from all the research we currently have, we know that the following factors play a major role in the development of psoriasis:

Our body contains white blood cells that are there to attack and destroy any invading infections and bacteria. When the healthy skin cells are attacked and they start dying, there is an overdrive of skin cell production in the body. New skin cells start developing too quickly and start piling up under the skin. They are then pushed to the surface of the skin. This results in the formation of plaques common with elephantine psoriasis.

Genetics is another major factor that causes the development of psoriasis. If someone in your immediate family has this condition, you are at high risk for developing it as well. However, only 2-3% of people carrying the gene actually develop the condition. 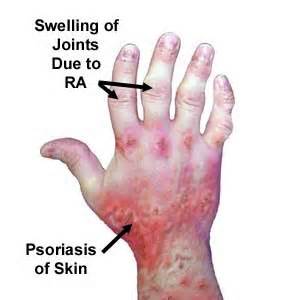 The following two tests are performed to diagnose elephantine psoriasis.

Most of the time, a simple physical exam of the patient is enough for the diagnosis of elephantine or any other kind of psoriasis. The symptoms of psoriasis are different from other skin conditions. Therefore, doctors identify them easily. It is important to tell your doctor all the areas of concern and also inform them if any of your family members have this condition.

While elephantine psoriasis is easy to diagnose with a physical exam, your doctor may recommend a biopsy just to be sure. They will take a small sample of your skin and send it to the lab for further examination. It will rule out the possibility of any other skin issues and will also identify the type of psoriasis you have. This will help the doctor map out the treatment plan accordingly.

In a research paper published in the Indian Journal of Dermatology in 2015, it was found the methotrexate is effective in the treatment of elephantine psoriasis. The patient has multiple circular plaques that had coalesced and formed extensive elephantine psoriasis on both his legs.

Topical treatments don’t usually work on these kinds of plaques because the lesions contain a thick scaly surface. Immunobiological and immunosuppressive drugs are found to be helpful in these conditions. However, the patient was given a 10mg dose of methotrexate weekly which made the lesions subside in 10 weeks.